I’m developing a theme locally, occasionally uploading all its data (theme, JSON, images) to an online instance in order to show others. The process had been working seamlessly until I added in a few newsletters.

I created the newsletters locally, which then appeared on my online instance following the first local export / online import. However, the second time I did the local export / online import is when I noticed the problem. That is, I deleted the content from the online instance (of which had already had the newsletters imported for the first time on the previous import) then imported the recent JSON export from the local instance. When I checked the list of newsletters in the admin (of the online instance) I noticed that a new newsletter had been created, in the name of the site itself. 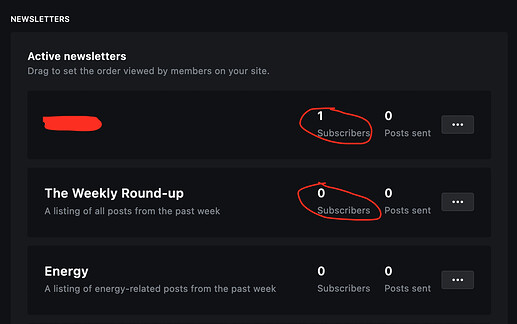 Moreover, the only newsletter previously subscribed to was the initial “The Weekly Round-up”, although once the newly added newsletter got mysteriously added in it also usurped the subscriber to itself. This can also be seen on the Portal popup. 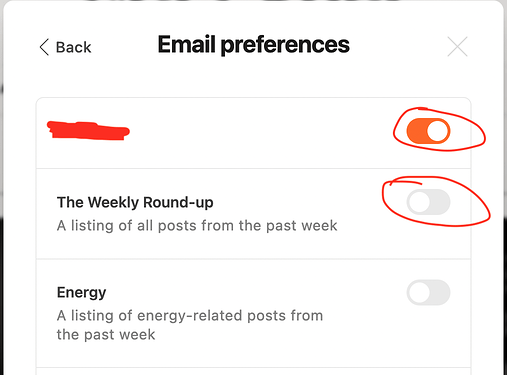 In a sense this isn’t a new bug, as I’d already mentioned a similar occurrance when doing a similar export/import routine, but with tiers.

When I migrated the content’s JSON over I ended up getting an extra tier out of nowhere, this one being named after the title of the site.

The predominant issue in that bug I raised of doubled up tiers did in fact get fixed, although I don’t know if the creation of the extra tier named after the site got fixed. Either way, the bug exists with newsletters.

This topic was automatically closed 90 days after the last reply. New replies are no longer allowed.