I was trying to add a toggle block by typing /t but accidentally hit return after the t, and was surprised to find it accepted the command and revealed an interface for adding a GIF from Tenor.com. I checked the card menu (that pops up when you type /) and there’s nothing listed for Tenor. I played around and found that /gif works the same way.

Are there other hidden cards available? Is there a plan to add Tenor to the list in the menu? 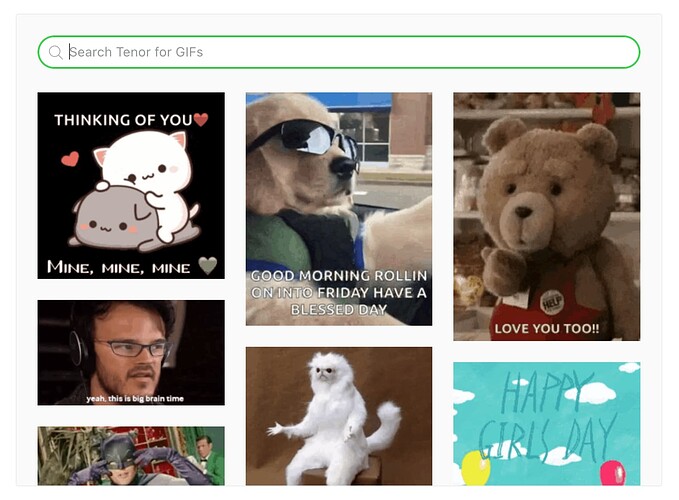 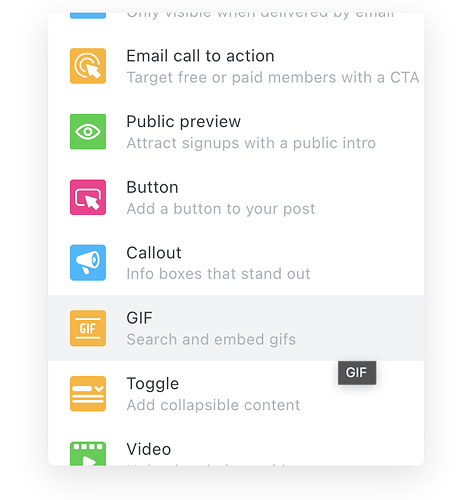 All available cards can be found in the menu which can be accessed by clicking the + button or typing / on a new line.

Weird! I should have included a screenshot. I don’t see GIF on mine (but clearly it still works if I type /gif or /tenor or just /t). Here’s what it looks like: 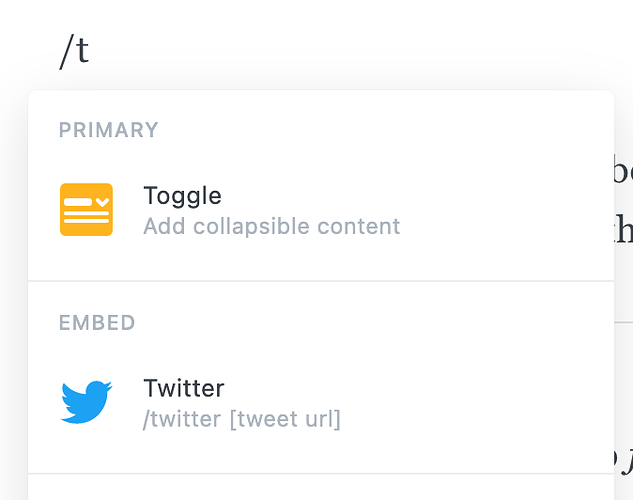 If you’re self-hosting you’ll need to provide an API key for Tenor: Configuration - Adapt your publication to suit your needs

Aha. I’ll add that. It is confusing to be able to still get to the gif selector though, just by typing what seems to be a secret command. Is it possible to add it back to the menu, even without a defined key? Or, alternatively, don’t let /tenor or /gif work unless the key is defined?

Got to agree with OP. I looked in my popup card menu, and there is no choice for GIF. But if I type /GIF, I get the Tenor seach window, and it works.

There are other hidden cards. I accidentally stumbled over /com or /compare. You’ll get a card where you can add two pictures with a slider. Is there a full list of all available cards? I couldn’t find anything online.

The compare card being available like that is a bug. It’s an early alpha development feature that doesn’t work and is not currently being worked on.

There are no “hidden” cards, any cards that are in a usable state are visible in the menus.